I shall not die of a cold. I shall die of having lived…

Life sometimes really teaches you so many things in so many different ways.
I have realized this as I was growing up.

I remember it was spring time when I used to see this dark skinny guy wearing white shirt and white lungi (a traditional outfit for men in Southern part of India) with a black framed specs. The first thing I noticed was his smile where in I could see few twisted or broken teeth.
He used to come to our neighbor’s house where he used to make the ladies stitch the clothes. In a way he was making living for himself but at the same time he was giving a way of living to the ladies who were our neighbor’s sisters.

My dad used to come from office whether during lunch time or even after office hours this guy used to come and chit chat with him. They used to exchange cigarettes, at times my dad would prepare tea and invite him and things started moving on in this way.
I was a little girl watching him all the time as to me he was still a stranger…though people used to address him as Tailor Master. He used to give sweets to me and during summer vacation time he used to play with us carom board just like kids…he was an expert and I always had this in mind that I want to defeat him at least in one game.

He used to coach me at times, he used to get mad at me at times when I am making mistakes while hitting the coins. He used to challenge me and many times I have accepted it and won as well and as a reward he used to give me money.
Important thing to note was not how much but whatever he could figure out the amount that is rolled into his shirt’s sleeves he will remove it and give it to me.

Taking money from anyone is not considered a good habit and I was very scared to do so. The first time he gave me the reward that was in front of my parents and when parents said that’s okay…he said, ‘No, but I gave her the word so in my case you should let your daughter to take it and since then taking money from Tailor Master as a reward or bet became common. I felt proud one time when I defeated him in the game in fact Tailor Master was surprised and he was amazed too.

“As we struggle to make sense of things, life looks on in repose” 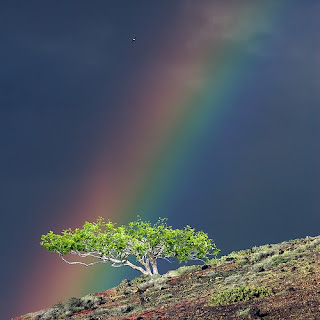 Tailor Master was a guy who had no relatives, no family members. He was a single guy – working as a Tailor in Goal Market in National Defense Academy (NDA) – Goyal Clothing Store. He used to decide whether he will go to work or not. At times his absence from work will lead to no money and at that time my granny who was visiting us that summer used to invite him for lunch and dinner.

That’s the time I actually came to know he was alone and has no one to be called as his own. I used to ask lot of questions to my granny on this…as how can one be without anyone – isn’t it sad?
I used to be nice with Tailor Master, my granny went back and I took her place when it came to lunch, dinner or tea for Tailor Master. He used to tell my parents that I am very kind heart and it could be a problem for me as people can take advantage of my this nature.

There were times when I used to get angry with Tailor Master as he used to tease me and play pranks on me – even though his age was more than my dad – his childish attitude gave me freedom to play pranks on him, or tease him etc.
My mom always used to tell me call him uncle and not Tailor Master but I never could change as everyone else used to call him that way.

I remember my school uniforms were all stitched by him. I tell you he was an expert in that and hence no wonder his leave of absence never lead him to be jobless. In school when other girls used to see my uniform they used to ask their tailors to stitch that way and when they couldn’t get it exactly then they came to me asking for my tailor. His work was amazing – he used to always remind me of a traveler whether sunny, rain or winter he used to be in the same outfit.
I remember one time he came to my mom and said I don’t know by the time your daughter gets married will I be still alive so let me contribute some money as and when I can so that later you can buy a gift for her from my side.

I still feel that was such a touching thought…I used to collect the coins and bills in the powder tin and bought a golden locket for my necklace.
He used to speak his heart for which some liked him and some didn’t. I always liked him for what he said, what he shared and always enjoyed the part where I used to fight with him – but it was very sad to hear yesterday when my dad said he is no more…!
He was supposed to meet my dad this month. It’s true one can’t say anything about humans.
I pay my tribute by remembering him since my childhood till date. May his soul rest in peace. I am sure he is watching me and giving his blessings too. Even though he came to this world all alone ..he lived all alone as per his will and he made friends and family along the way as he crossed through places in life and I am pretty sure he has touched many lives who will be thankful to him and will be praying for him.

”A man does not die of love or his liver or even of old age; he dies of being a man”

Think and reflect upon!

No matter where we land No matter what we hand  There is a way of expression One can look and feel around A speedy racing time-b... 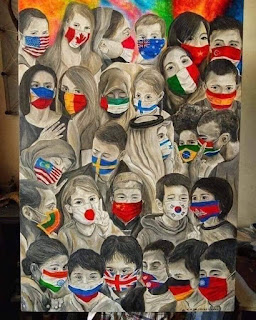 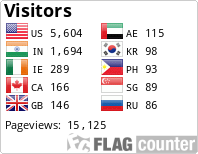 This work is licensed under a Creative Commons Attribution 2.5 License. 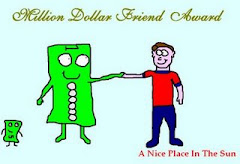 Blog Of The Day Award